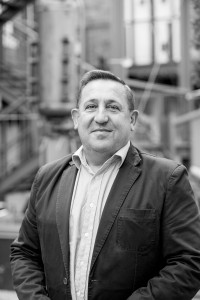 Hugo van Zyl is a chartered accountant passionately committed to clients facing tax challenges, be it the resident or migrated taxpayer, his trusted accountant, auditor, his tax lawyer or the trustee of the family office or trust. Since qualifying and joining SAICA as CA(SA), some 30 odd years ago, Hugo joined SAIT as Master Tax Practitioners and STEP as Trust and Estate Practitioner. Since 1994 his focus has been on migrant taxpayers, be it the returning exiles, those departing for Perth, London, New York, Tel Aviv or Buenos Aires and Los Angeles.

The Chris Hani murder saw his audit partner leave South Africa within six weeks, leaving him to acquire specialist knowledge on non-resident trust beneficiaries and exchange control issues acquired through trial and error. In 2003/2004 Hugo consulted on more than 1000 tax and exchange control amnesty applications, he lectured from Johannesburg to Wembley (UK) and in between in Springbok Bar, Encino, Los Angeles.

Hugo has lectured countrywide (on behalf of SARS. SAIT and SAICA) and later, on his own initiative in the USA and UK, at the time Treasury introduced VAT, RSC Levies, and CGT. What is today known as the SARS Guide on CGT, began as the treasured lecture material SARS confidentially made available to him in late 2000 and early 2001. In 2012 Hugo relocated from Gauteng to the Western Cape. Whilst living in the Western Cape he was employed by Cashkows (now FinGlobal) and FNB Fiduciary.

Since July 2018 he has been practising in his own name take great in interest in #Tax2020 and #Taxmigration. As of 1 March 2020 SA expats, not having undergone a #TaxMigration, need to consider the capped foreign earnings exemption of R1m. Financial Emigration, Tax Emigration or Come Back Home...Hugo is probably the most experience adviser and has earned the Twitter nickname @wegkaner way back in 2001.

Events that was hosted by Hugo van Zyl