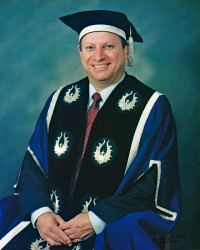 Humphrey began his career by qualifying as a Chartered Accountant, serving 5 years in practice with Ernst & Young and 2 years in banking.   He then began an academic career at the University of KZN, where he co-authored a textbook which is now in its 27edition, and was a member of a team that prepared candidates countrywide for their professional exams. Humphrey was then recruited by UDW as a Professor.

At UDW he was elected Dean, Chairman of the Committee of Deans, Head of the Transformation Forum and was then appointed Vice Principal.  Thereafter the University of Technology recruited Humphrey as Registrar: Finance, and Head of the Department of Internal Auditors.  For 7 years he served, inter alia, on the Executive of the KZN branch of the Institute of Directors.

Soon after moving to Johannesburg as a consulting registrar at Bond University, he established a consultancy specialising in Corporate Governance, Mentoring of Directors, Strategy, Risk, Ethics, Leadership etc, and was made a Fellow of the Institute of Directors (SA).

Humphrey has also been involved in the judging of the Integrated Reports of the top 100 Listed Companies on the JSE. In addition to his management consultancy, Humphrey is currently lecturing on Corporate Governance and related management topics at Monash University (SA) and does public presentations on various topics.

Events that was hosted by Prof.Humphrey Gowar