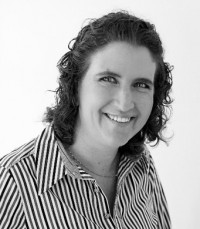 Carmen Westermeyer graduated in 2001 from the University of Natal, Durban (now UKZN), with a BCom Honours degree in Accounting and completed her articles with PwC in 2004. She has been a member of SAICA since then.

Carmen stayed with PwC for a year as Assistant Manager, venturing into the world of commerce in 2006. In 2008, she was appointed as a lecturer at UKZN and coordinated the Taxation 300 course until December 2010. From 1 January 2010, Carmen took over the role of Academic Leader for the Taxation Department, as well as the coordination of the Postgraduate Taxation Programme. During her time as Academic Leader she had numerous opportunities to liase with SAICA on issues relating to the ITC, as well as being a member of the Tax Committee.

In December 2012 she started running ad hoc training courses for members of the profession. From December 2013, she moved into commercial training and consulting on a full-time basis. She has been involved in various training activities, such as the SAICA SMP training in 2014 and the FASSET Budget and Tax Update in 2015 and 2016.

Events that was hosted by Carmen Westermeyer